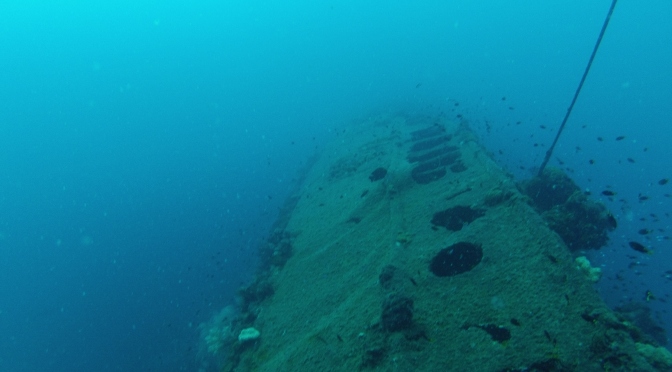 As you all know, I’m a bit of a scuba nut. I’m also a big fan of weekends away. How fortunate was I when I discovered the best wreck dive in Australia, SS Yongala wreck, was only a few hours away. I knew immediately I needed to figure out a way to get there.

The Yongala wreck is located off of the coast of Queensland not too far from the city of Townsville. When I happened upon a deal for cheap Sydney-Townsville flights it was time to lock it in and book the trip. Thankfully my friend Alex (a guy from Berkeley who lives in Sydney that I met in Borneo…) is also dive obsessed. He’d been wanting to check out the Yongala as well so we booked our flights, sorted out accommodation, and we waited for our trip (fingers crossed for good weather).

A bit of perspective – 2hr 4om flight to Townsville

For some background, the Yongala was an English built 307ft (103m) passenger and freight ship first launched in 1903. She made 98 voyages around Eastern Australia without issue until 1911 when she made her last. On March 23, 1911 the Yongala set sail from Mackay intended for Mackay. 5 hours into this trip she was seen by a lighthouse keeper in the Whitsunday Passage – this proved to be the last sight of her until her discovery in 1958. That’s right – almost fifty years later.

On her final voyage, the Yongala carried 49 passengers and 73 crew. The ship did not see warning flags from the stations along the way and wasn’t equipped with wireless technology. Therefore, they had no warning about a cyclone (hurricane) headed towards Townsville. The ship and all passengers went down in the storm on 24 March, 1911. There were no survivors. 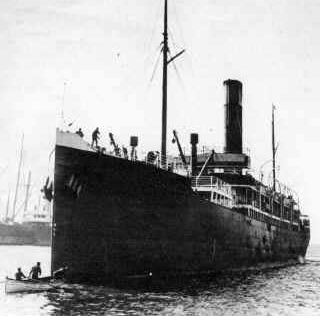 Vintage postcard of the Yongala

Now, you may ask why it took almost 50 years to find the Yongala. A few days after the storm when the ship did not show up they announced the ship as lost and started searching for the wreckage. They searched for months but only found random debris washed up all around the region. No bodies were ever found.

It wasn’t until WW2 in 1943 that a minesweeper identified something in the area. They noted this and didn’t actually explore further for a few more years. The Navy did not follow-up the find. In 1958, a safe was removed from the wreckage. Using the serial number they identified the safe was originally installed when the ship was built in England.

Moving forward to modern-day, the wreck proved to be quite an experience.

We opted to dive with Yongala Dive located in Ayr, a few hours south of Townsville. They launch much closer to the wreck and are less likely to cancel due to high seas. We lucked out. As you can see, it was a gorgeous clear day.

With our gear fitted and packed we loaded up for the drive down the beach to our boat. 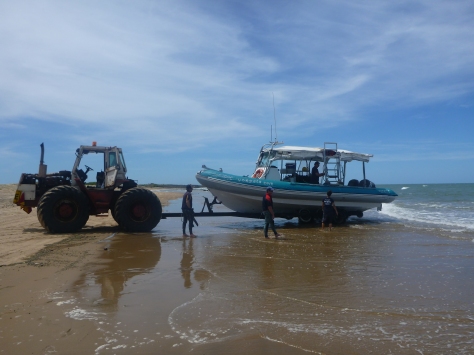 Obligatory selfies making our way to the dive site 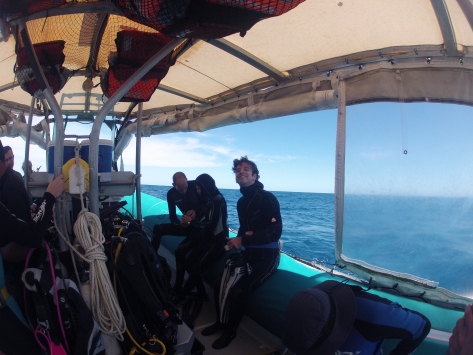 One of the reasons the Yongala is so highly regarded is that since it has such diversity of marine life. It’s remained relatively undisturbed along a sandy bottom. Marine life in the area congregate for feeding, cleaning, safety, and procreation. 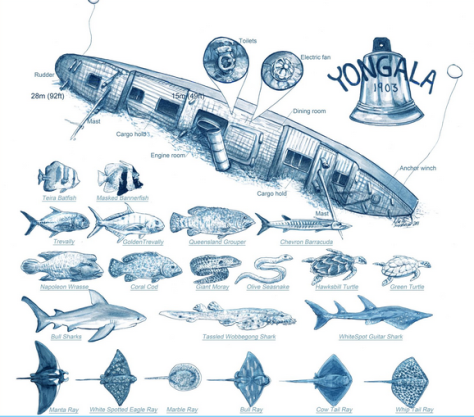 As you can see from the items above you can expect to see everything from sea snakes, bull sharks, turtles, and a variety of rays. 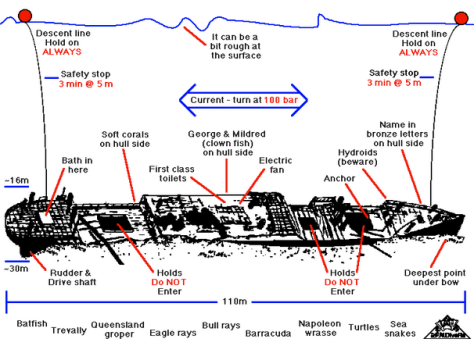 The ship lies on its’ starboard side with the top at 16m and the base at 30m. From a diving perspective this is quite deep and requires a good level of experience dealing with depth and currents to navigate.

From first descent you get a cope of the marine life. Below is a school of jacks. 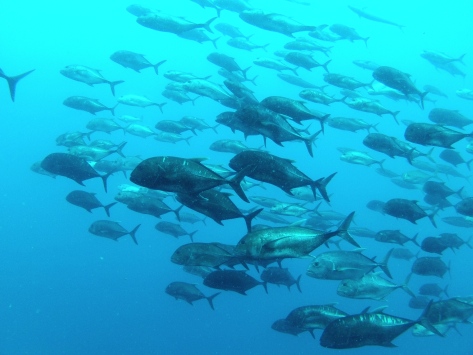 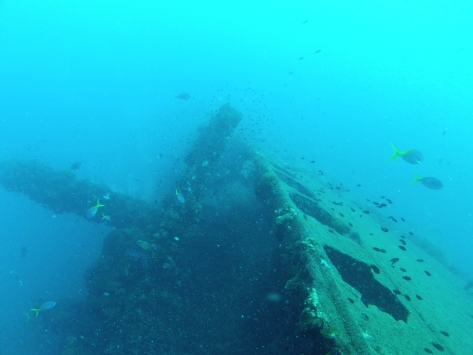 We were very fortunate with great visibility. Here is a turtle ascending to the surface to breathe.

Another turtle snacking on the ship

As we completed our first dive we ascended along this buoy line. Without this it’s really hard to get perspective at depth. 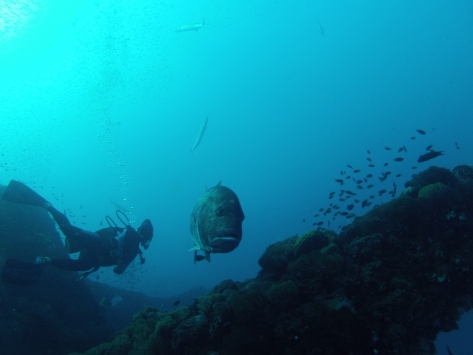 The lone ray was joined by at least 10 more 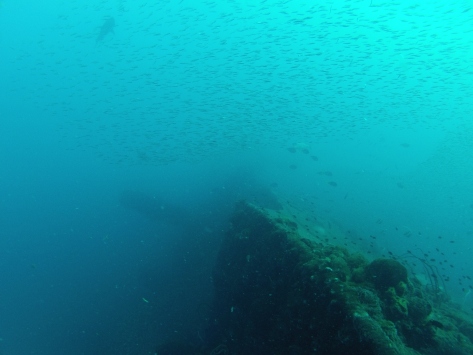 We then came across a sea snake. This variety is among the most venomous snakes in the world. Thankfully, they have very small jaws and it’s almost impossible for them to bite you in scuba gear.

Another ray followed us around for a while 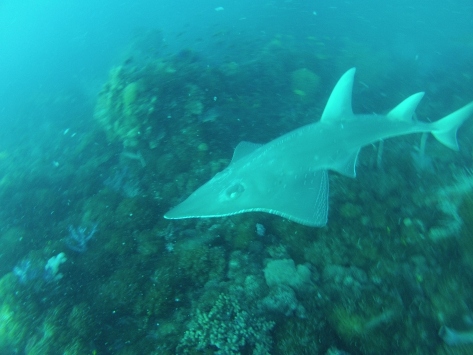 Saving the best for last. One of the more interesting pieces of marine life we saw was a guitar shark. A strange cross of ray and shark. This one was very inquisitive and swam along side of us for the better part of ten minutes.

Though we were in Townsville for a few days I didn’t take much footage of the above water activities. One of the other highlights was travelling to the top of Mount Stewart and taking the in the 360 degree views over Townsville and Magnetic Island.

I will definitely return and hope my next experience on the Yongala is as good as the first. 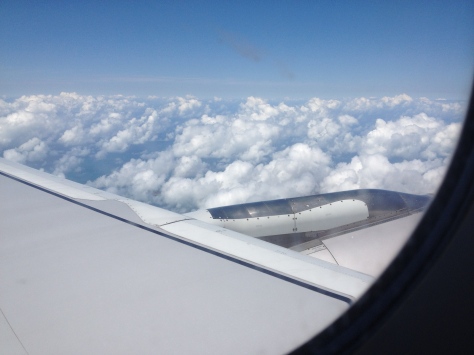