One of the sights in Italy that was a must see is the Leaning Tower of Pisa. I’m not sure if it’s just some curiosity of my childhood or what it was but, for me, it was a non-negotiable. Thankfully, it’s located only an hours train journey direct from central Florence. I had a critical decision to make. Spend a day exploring the museums I had skipped over – The Accademia and the Uffizi – or take the one hour train journey to Pisa to see the leaning tower. Sorry museums, I was boarding that train.

The train ride was enjoyable and the September weather fantastic – an hour well spent staring out the carriage window at the rolling hills of central Italy.

Now, I will offer this warning. Pisa is a bit of a one-trick pony. Allocating a half day was plenty to see the main sights while not feeling too rushed.

Expert tip: Pisa is on the regionale train line and lies between Genoa /Cinque Terre and Florence. You can easily make it a few hour pit stop if you are traveling through.

On arrival in Pisa, you are led to Piazza Vittoria Emmanuel II which has been a meeting place for as long as it’s been there. It’s home to many market stalls and fresh food vendors with their iconic red tents. The train station flanks one side and the other is filled with restaurants, bars, cafes, and (of course), gelato shops. It’s in pristine condition as it was reconstructed after extensive bombing in WW2. A nice entry point to the city.

Following the main path leads you to the main shopping area of Pisa, the Borgo Stretto. If overpriced chain stores are your thing, spend some time here. If not, continue the roughly 20 minute walk to the main tower area.

I would recommend a leisurely stroll to check out the many places and piazzas around the city. 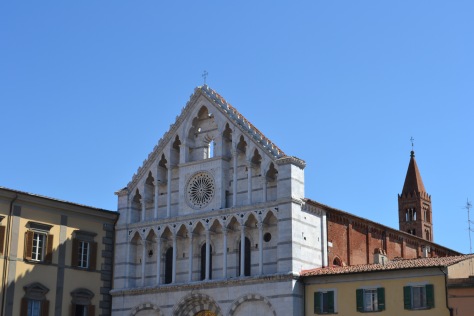 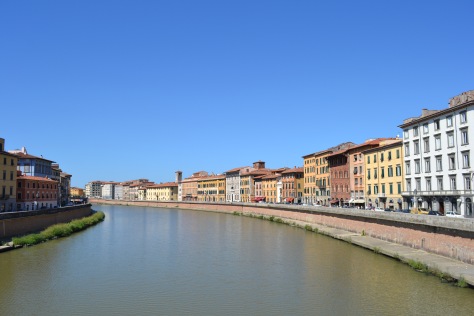 The main river which winds through the city

After crossing the river it’s only a few minutes to the main show.

But hey, that doesn’t look like a leaning tower…

Now, for a bit of history.Tower construction began in 1173 and continued in three stages over 199 years. In 1178, while only on level two the tower began to lean due to having an inadequate foundation and the soil being too soft. Over the remaining years many architects tried to correct the tilt by adding weights to the non leaning side and even constructing some of the floors in a curved manner – taller on one side than the other. None of these worked and the tower leans to this day. While modern methods could fix the lean, they have decided not to as to retain the natural history of the site – and to ensure tourism dollars keep coming through.

If you want to climb the tower you can, but be aware tickets need to be booked far in advance and even with the tickets booked you may have to wait up to an hour in line as they only allow a certain number in the tower at one time.

Taking my turn for the cheeky pose selfie 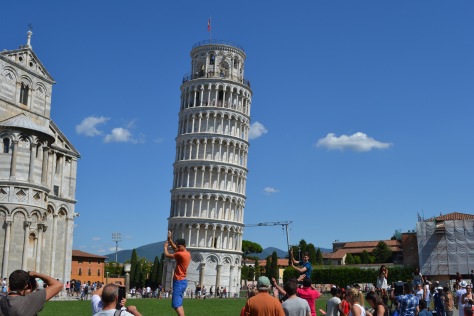 The tower complex actually has a few more remarkable buildings to explore including the domed belfry and the large cathedral. Both of which were actually more interesting to explore than the tower itself. 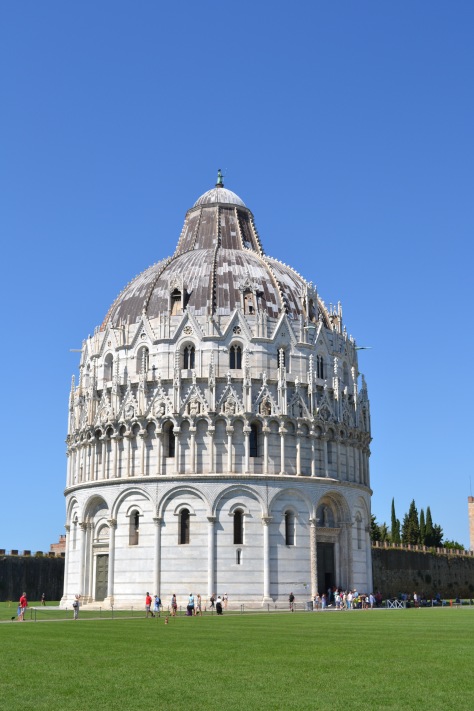 One last shot of the tower…

The last thing I would recommend is to take your time back to the train and enjoy some of the amazing gelato on offer. A perfect end to a nice day out.

If you have any questions about things to do in Pisa, feel free to drop me a line.